By Roger and Carmela Arturi Phillips

Edward was born in Launceston, Tasmania in 1956. His father, known as Ted, had a successful bakery business. Edward was always ‘Young Teddy’ to his close family, but never anything but ‘Edward’ to everyone else. His eye for detail was apparent at an incredibly young age. As a toddler, he was able to identify every one of a huge collection of old vinyl ‘78’ records, which astonished members of his family! His love of these vinyl records was apparent even in adulthood and he had quite a collection himself, together with an old wind up gramophone to play them on.

Like many great artists, he could draw as early as he could hold a pencil and soon started to win art prizes whilst at school. Although he was extremely able, he did not continue his education beyond High School. At 21, he went to live in Auckland, New Zealand and met and married his wife. They moved to London where Edward worked in Oxford Street as a shop window designer for fashion stores and met with considerable success. He had remarkable flair as a costume designer; one of the last sales of his artwork was a glamourous outfit made of reels of celluloid film negatives, purchased by a slender Asian lady to wear to the Melbourne Races. He was always drawing and painting and took paid work as an artist whenever he could. He was unable not to draw and paint.

His marriage was short lived, but Edward continued to live in London for a few more years, then a short spell in California, before eventually moving back to Australia, to live in Melbourne. A sensitive and somewhat troubled man, it took him a while to realise that he was gay, a notion that was disagreeable to some close members of his family. He met his partner, the love of his life, and they set up home together in Melbourne, with Edward continuing his career as a fashion window designer to begin with, before launching their own business with an art gallery. 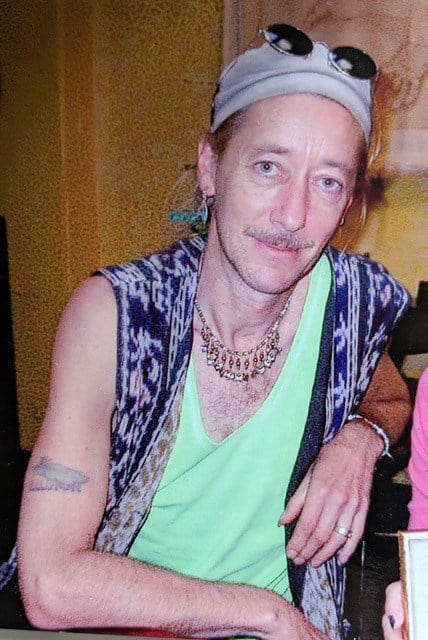 By the late 1990’s, Edward was smitten by miniature painting and having always painted in oils and pastels, he experimented with painting with layers of extremely diluted oils on Japanese paper, with the resulting fineness of watercolour. Miniature painting really suited Edward. Not only did he never use a magnifying glass – he enlarged each tiny point of focus in his mind’s eye – but he was able to stay completely still in one position for a couple of hours at a time. In fact, such was his concentration, that he would not notice that he had become locked into position and his partner would have to release him by massaging his shoulders. He grew the nail on his ‘pinkie’ finger long so that he could use it as an eraser! Edward hated imperfection in his work and set impossibly high standards. He would rather destroy it than have it seen by others less than perfect.

Edward started to enter international competitions and became a regular winner of all the top prizes, including the prestigious Gold Memorial Bowl at the Royal Society of Miniature Painters at his first attempt in 2001. His partner, too, successfully started to paint miniatures and win prizes. It was around this time that we first met Edward, tracking him down after seeing his exhibited work and giving him a commission.

Before giving him a commission to draw the late Queen Mother from a childhood photograph, we thought it wise to ensure that the most senior members of the Royal Family would not be offended, such was the affection in which she was held. It was surprising and touching to receive such personal replies to our letters of enquiry, but we never for a moment thought that any member of that illustrious Family would ever see the end result. Edward accomplished the task promptly and with exceptional skill.

However, he was very unhappy with it as just as he was finishing, a bluebottle fly splattered the paper throwing drops of excrement over the sitter’s face, in particular her eye. No amount of pinkie finger erasing would take away the tell-tale stain, and in despair, Edward offered to redraw it. Naturally, we did not allow it, as Edward had produced a masterpiece and we were not going to reject it for so tiny an imperfection.

For the last decade of his life, Edward moved back to his home state, Tasmania, and settled in Smithton where he had purchased 25 acres of wooded land with a small wooden hut that became home for his remaining years. It started off as one room with a caravan outside housing his seven dogs, which he regarded as his children. 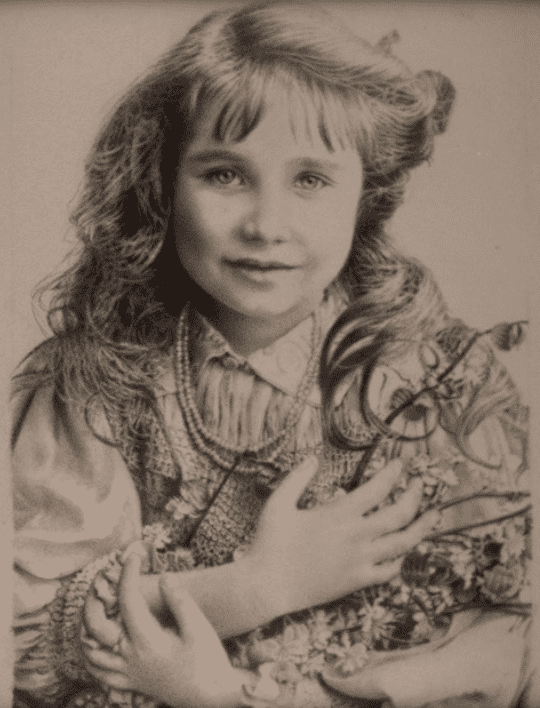 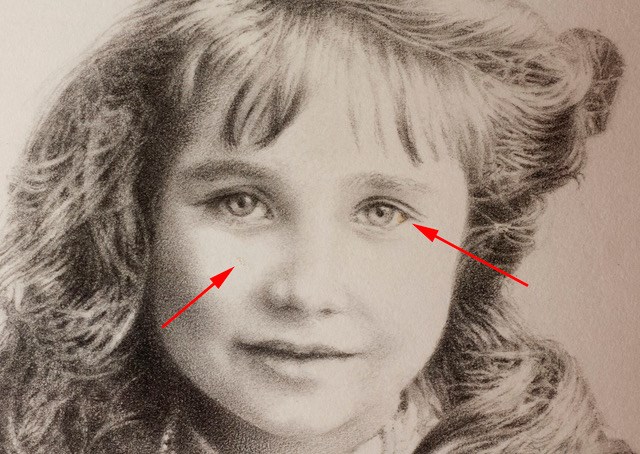 The hut was later enlarged. It was heated with a wood stove and Edward, who liked to paint miniatures during the winter, would set up his desk right next to the stove and his partner would know not to disturb him until he said so! Edward was very unreasonable; thoughtless with a biting, hurtful tongue, and others saw him as arrogant. These traits hid a highly developed intellect and a sensitivity riddled with anxiety and self-doubt. It made him become something of a recluse. In fact when he was minded, he was exceptionally thoughtful and generous and excellent company.

When we were gleeful on his clinching a contract with a top London art gallery and being offered a one man show, and an opportunity to paint a member of the Royal family and earn more money than he ever dreamt of, he was frozen with fear. A fearfulness that prevented him from taking up the offer. 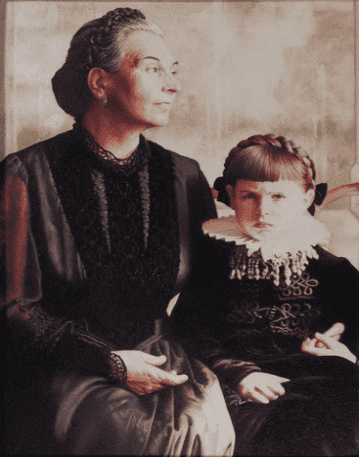 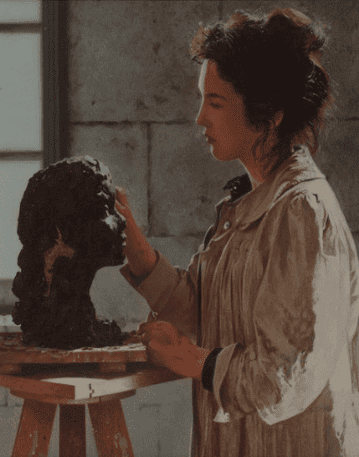 Towards the end of his life, he asked to paint a miniature of Roger as a gift. By 2011 he was struggling with his state of mind and was frustrated that he could not get his paintings as he wanted them. ‘I haven’t been quite so thrilled about my recent ventures into miniature art. The nerves still aren’t 100% and I’m a bit rusty. A couple of bird paintings reached the half way stage before being thrown into a top drawer to finish later (or forget). I started the fire with ‘Roger Number 1’ as I wasn’t pleased with it, back to the drawing board. I will get there. You know me, nothing less than perfect, right?’ 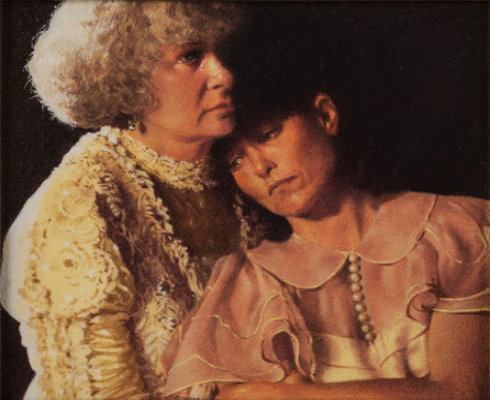 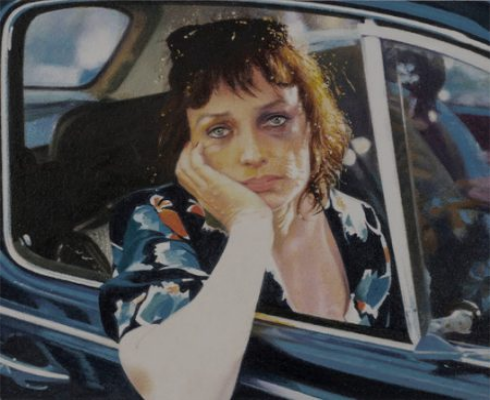 By October, he was feeling down again ‘I’ve been very depressed and anxious lately…hoping to snap out of it soon.’ Not even the news of another great triumph – two of his works included in a Special Exhibition of Royal Sitters in The Mall Galleries, London (the only living artist to have work included) could lift his spirits.

The Exhibition ran alongside that of the Annual Exhibition of The Royal Miniature Society, whose Patron is HRH Prince Charles. A beautiful illustrated catalogue was produced for the Exhibition, written by the Curator, Richard Chadwick, and HRH Prince Charles agreed to write the Preface. In it, the Prince wrote ‘I am also delighted to see the exquisitely rendered portrait of my grandmother as a 7 year old girl, by Edward Dyas – a wonderful example of the high standard of the contemporary miniaturist.’

Edward’s mental state continued to deteriorate. In January 2012, he wrote: ‘Try as I may just can’t get inspired by art these days. I keep telling myself it’s just a block and I’ll get over it but it’s so incredibly frustrating. Some cooler weather might help!’The following months, his mood darkened. ‘I am currently making out a new will and I wonder if you would like all of my miniatures? Once I have the will worked out I am free to pull the pin on this life that I live. I am incredibly depressed and I just don’t want to go on much longer.’ One by one, Edward’s precious dogs died and he did not replace them.

After a spell in hospital some months later, Edward returned home and to his faithful friends, his cousin and his kind neighbours, he appeared to be improving.

‘It has been an emotional time over the past few months as Edward’s health was fragile but we were confident that he was recovering when his death came quite unexpectedly’. (Edward’s cousin). Edward was estranged from the rest of his family at the time of his death and had been for many years. His father would have liked to have been reconciled, but he did not make any move to do so.

Edward died alone at his home in Smithton 2013, as a result of his illnesses. 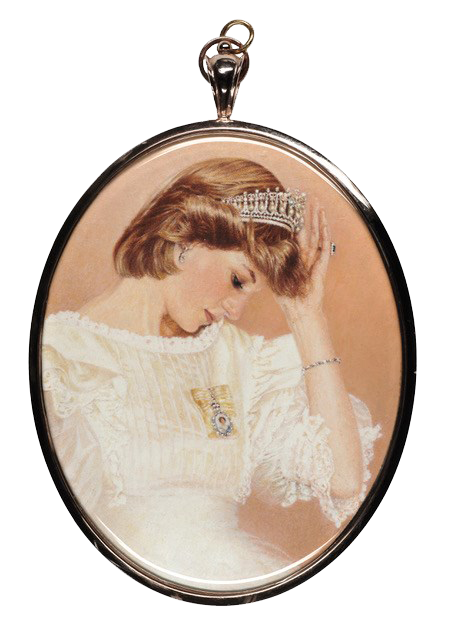 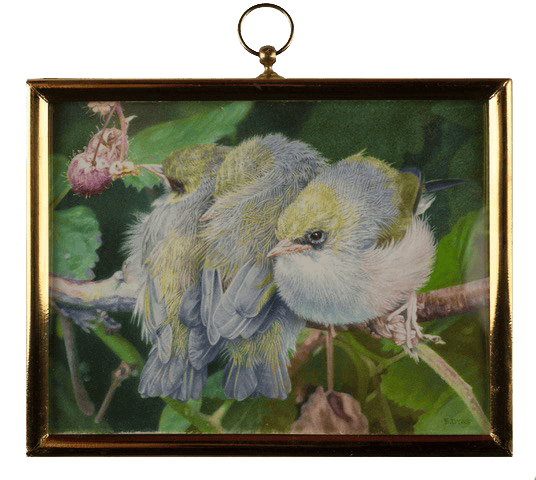 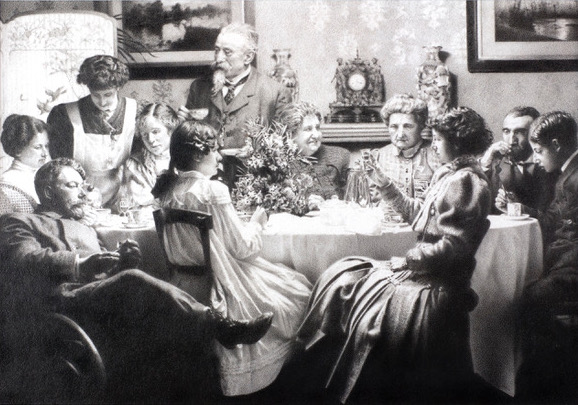 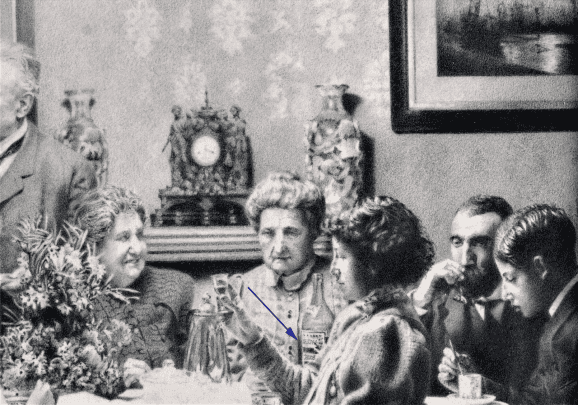 Back to Artist in Focus